Anna Karina, as a muse of Jean-Luc Godard, she spent most of her life in France. At 17, she went to Paris.  After becoming a successful fashion model, Coco Chanel helped her changed her name from Hanne Karin to Anna Karina. Jean-Luc Godard first saw Karina in a soap advertisement. After one year, Godard offered her a role in Le Petit Soldat. In 1961, Karina won the Best Actress Award in Berlin Film Festival for her interpretation in the film Woman Is A Woman. Her 1967 song “Roller Girl” was filmed as part of a TV musical comedy Serge Gainsbourg wrote especially for Karina. Nobody can forget her voice and dance in this video.

As a fashion icon also, Karina’s style can be featured as big bang and cat eyes. She gives me another reason to remember the old times. 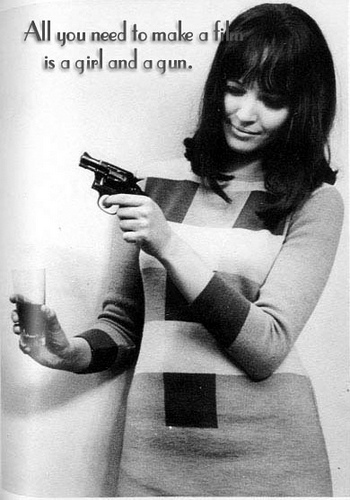 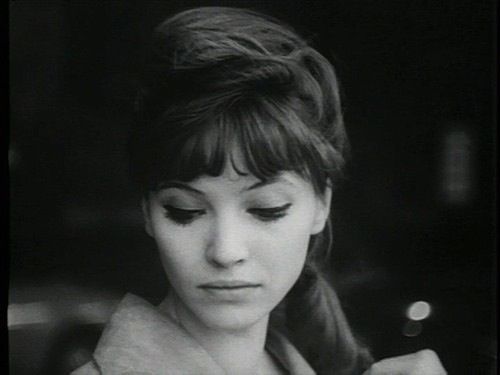 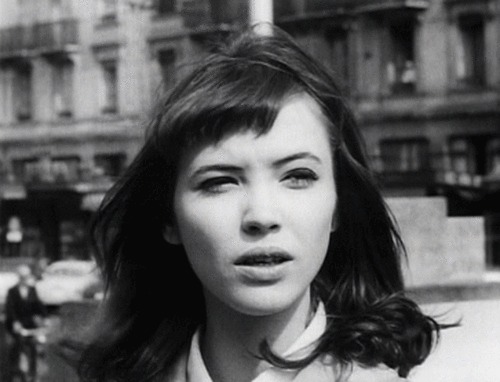 A daydreamer and an idealist. After obtaining my BFA in Fashion in San Francisco in 2012, I moved to Vancouver and work as a freelance stylist and fashion blogger. I quite enjoy the nice weather but still miss San Francisco so much. I love everything from art to food, but fashion is the only one that I spend most of my time and passion on.
View all posts by Poppy&Sugar →
This entry was posted in Fashion, Inspiration, Style, Weekly Favorite and tagged Anna Karina, Fashion Icon, Jean-Luc Godard. Bookmark the permalink.